Dr. Eugene G. White does it again Indiana Superintendent of the Year

Dr. Eugene G. White scored the title Indiana Superintendent of the Year again. Dr. White was named ISY in 2002 and earned the title again in 2008.

Dr. Eugene G. White was born in Phenix City, Ala., to a single 17-year-old mother in December 1947. He was the first person in his family’s history to graduate from high school. He grew up in a time of segregation and Jim Crow practices in Southeast Alabama. In high school, he excelled in football, basketball, and baseball. His mother, grandmother and athletic coaches heavily influenced him. He was a starting member of the 1966 Alabama State Championship Basketball Team and accepted a basketball scholarship to Alabama A&M University. He graduated with academic honors and set career scoring marks at Alabama A&M University.

Dr. White has served in a large number of leadership capacities over the years, most recently as President of the American Association for School Administrators in 2006-07.

Dr. White has received a wide variety of honors over his career, including:

This blog is a personal blog written and edited by me. For questions about this blog, please contact purpose100@gmail.com This blog accepts forms of cash advertising, sponsorship, paid insertions or other forms of compensation. The compensation received will never influence the content, topics or posts made in this blog. All advertising is in the form of advertisements generated by a third party ad network. Those advertisements will be identified as paid advertisements. The owner(s) of this blog is not compensated to provide opinion on products, services, websites and various other topics. The views and opinions expressed on this blog are purely the blog owner. If I claim or appear to be an expert on a certain topic or product or service, I will only endorse products or services that I believe, based on my expertise, are worthy of such endorsement. Any product claim, statistic, quote or other representation about a product or service should be verified with the manufacturer or provider. This blog does not contain any content which might present a conflict of interest.

This work is licensed under a Creative Commons License. 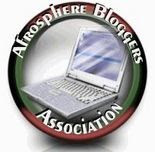